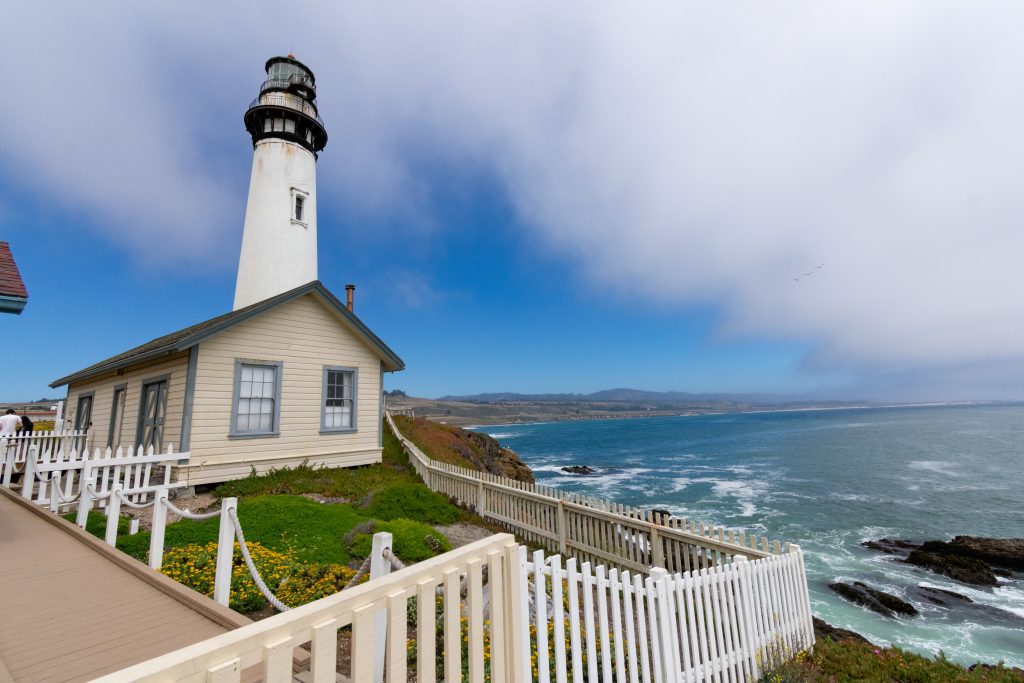 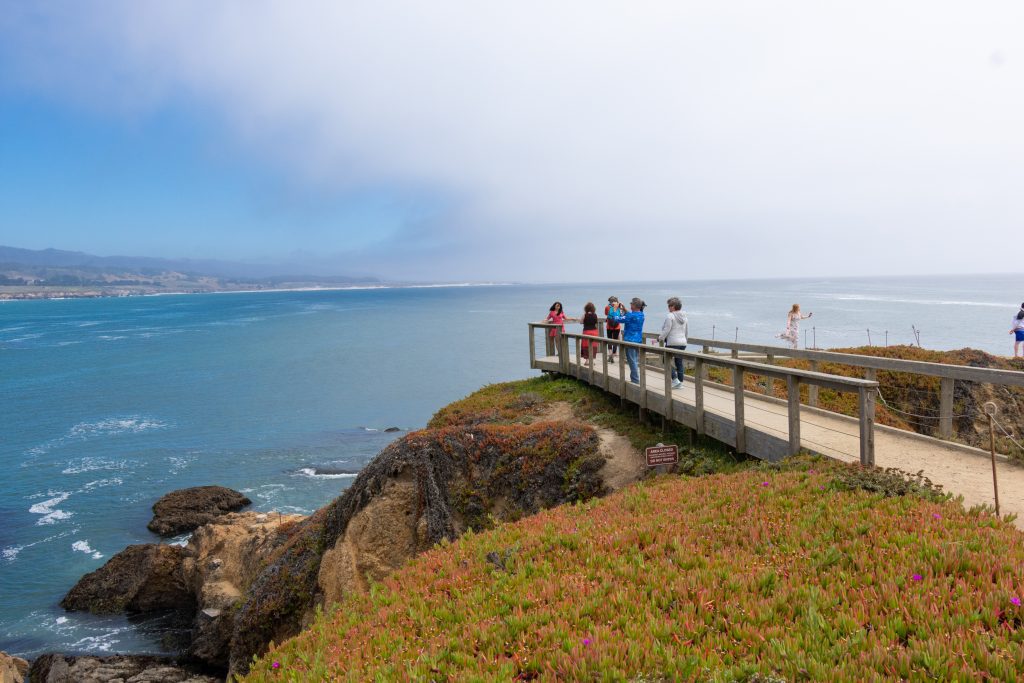 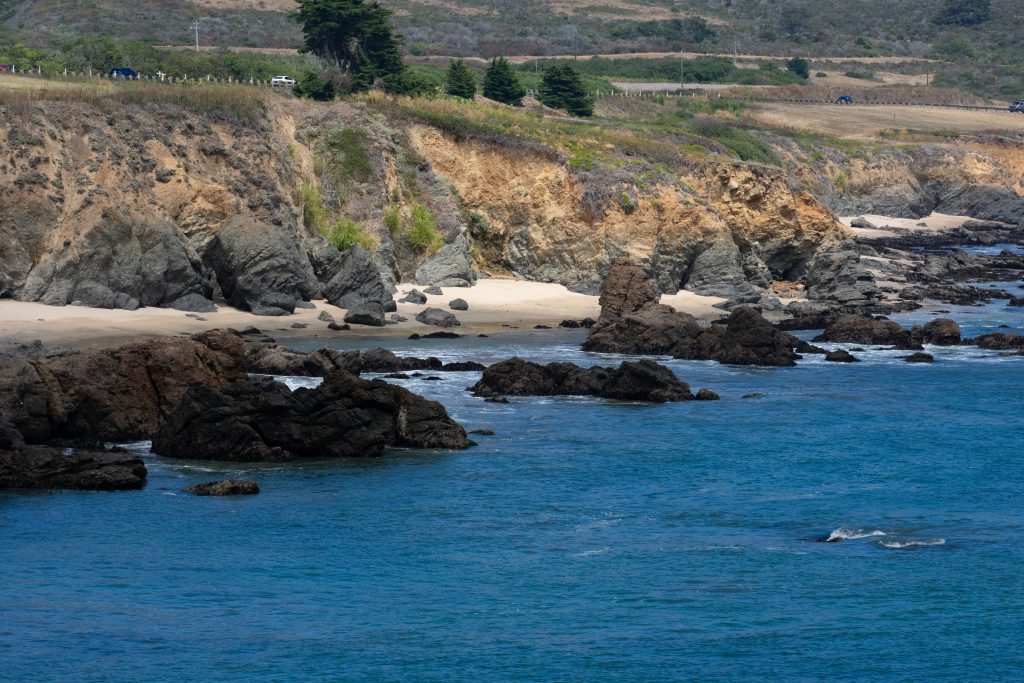 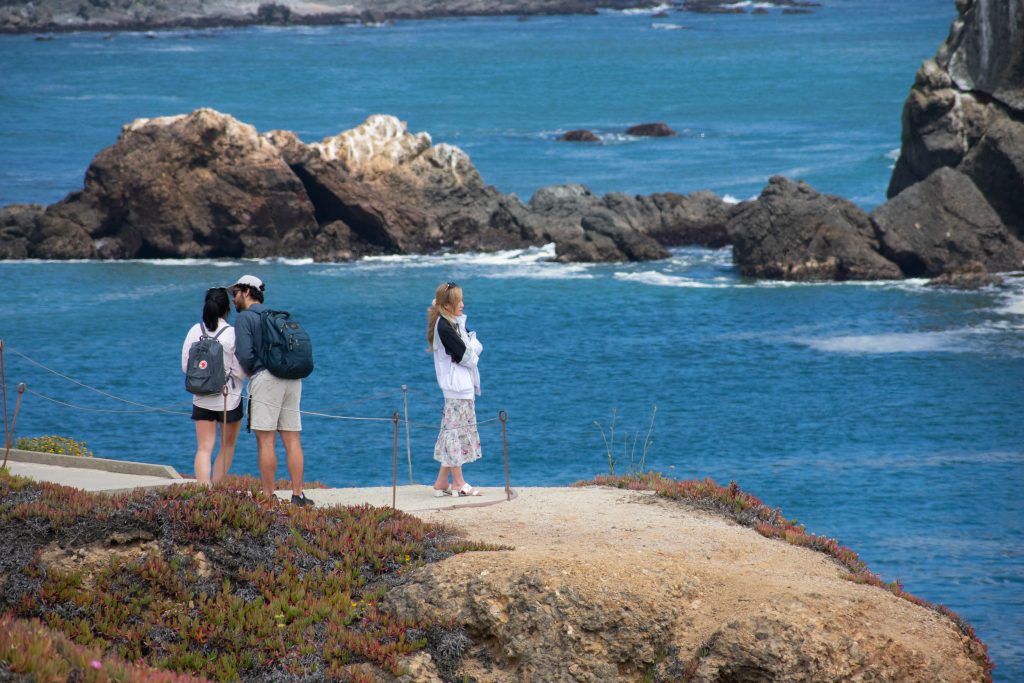 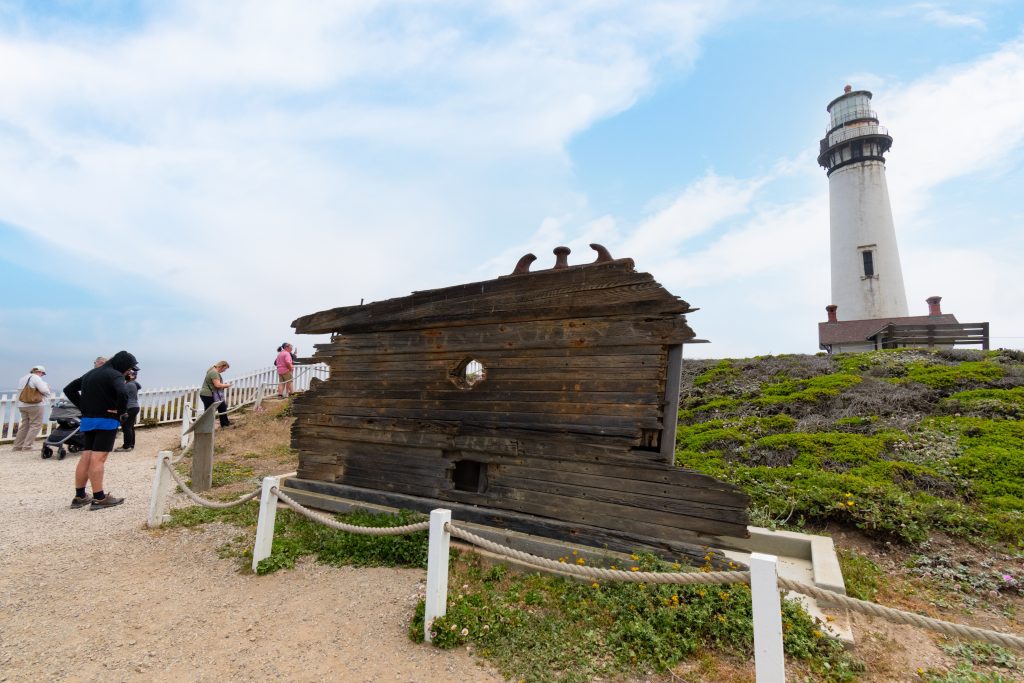 Perched on a cliff on the central California coast, the 115-foot Pigeon Point Lighthouse is one of the tallest lighthouses in America. Its five-wick lard oil lamp and first-order Fresnel lens, comprised of 1,008 prisms, was first lit at sunset on Nov. 15, 1872. The lens stands 16 feet tall, is 6 feet in diameter and weighs 2,000 pounds. The lens sat in a lantern room constructed at the Lighthouse Service’s general depot in New York before being shipped around the Horn. Although the original Fresnel lens is no longer in use, the lighthouse is still an active U.S. Coast Guard aid to navigation using a Vega Marine Rotating Beacon.

The coastal areas surrounding Pigeon Point Light Station are rich with life. Marine mammals, such as seals and whales, can be seen regularly from shore as they pass by beyond the surf. The intertidal zone along this part of the coast, particularly in the rocky reefs that flank the light station, contains a diverse and numerous variety of plant and animal life.

A small public beach is located 100 yards from the main parking lot.

The lighthouse is located at 210 Pigeon Point Road, off Highway 1 just south of the town of Pescadero. It is about 35 miles north of Santa Cruz and 50 miles south of San Francisco.

Half-hour guided history walks around the lighthouse grounds are available 10 a.m. to 4 p.m. Thursday through Monday, when staffing permits.

Although the lighthouse is closed for repairs, there are historical exhibits to view on the park grounds.

About 50 species of migratory and native birds live here, including marbled murrelets, an endangered species that nests in nearby old-growth redwood forests and feeds in coastal waters. Tide pools area short walk north of Pigeon Point.

Hosteling International runs the Pigeon Point Hostel for guests who are interested in staying overnight.

Pigeon Point Lighthouse Station State Historic Park is in the unceded homelands of the Ohlone Tribe known as the Quiroste, who stewarded these lands since time immemorial. Centuries of colonial violence led to the removal and displacement of the Quiroste. Today, their descendants continue their stewardship and presence here, in partnership with State Parks.

Pigeon Point’s original name, Whale Point, was inspired by the gray whales that migrate past the point. California’s boom from Gold Rush to statehood brought many ships to these perilous waters. The clipper ship “Carrier Pigeon”, on her maiden voyage in 1853, ran into fog-blanketed rocks off Whale Point. The point was renamed Pigeon Point to honor the wrecked ship. Learn more.

The Pigeon Point Light Station sits on a rocky bluff overlooking the Pacific Ocean that has survived thousands of years of ocean waves and storms due to the resistant geology of the underlying bedrock. Learn more about the geology of the area.

California State Parks announced in Fall 2019  it is one-step closer to restoring a shuttered icon of the California Coast – the Pigeon Point Lighthouse that has been closed to the public for almost 20 years. The department is dedicating $9.157 million to the Upper Lighthouse Stabilization and Restoration Project.

Work on the lighthouse began in Spring 2020 with the restoration of the Fog Signal Building. The building’s exterior walls, siding, windows and drainage were repaired to waterproof and restore it. The fog horns and their rusted braces were also removed, restored, and reinstalled. This phase of the restoration was funded by two local cooperating associations: a $125,000 donation from Coastside State Parks Association and a $125,000 donation from Friends of Santa Cruz State Parks, for a total of $250,000.

“We’re pleased to have helped move this important historic restoration forward during this difficult time, so visitors can learn about our past and consider a brighter future,” said Bonny Hawley, Executive Director of Friends of Santa Cruz State Parks.

Perched on the central California coast, 50 miles south of San Francisco, the 115-foot Pigeon Point Lighthouse is one of the tallest lighthouses in the country and has been guiding mariners since 1872. The five-wick lard oil lamp and first order Fresnel lens, comprised of 1,008 prisms, was first lit at sunset, Nov. 15, 1872. The lens stands 9 feet in diameter and weighs 2,000 pounds. It is now on display in the fog signal building. Although the original Fresnel lens is no longer in use, the lighthouse is still an active U.S. Coast Guard aid to navigation using a Vega Marine Beacon.

For public safety, the lighthouse at Pigeon Point Light Station State Historic Park will continue to remain closed until the structure can be restored, but it may still be viewed from the grounds daily. The interpretive center in the fog signal building is open Thursday through Monday each week. The lighthouse was closed to the public on December 2001 when a section of the iron belt course fell from the top of the tower to the ground 100 feet below.