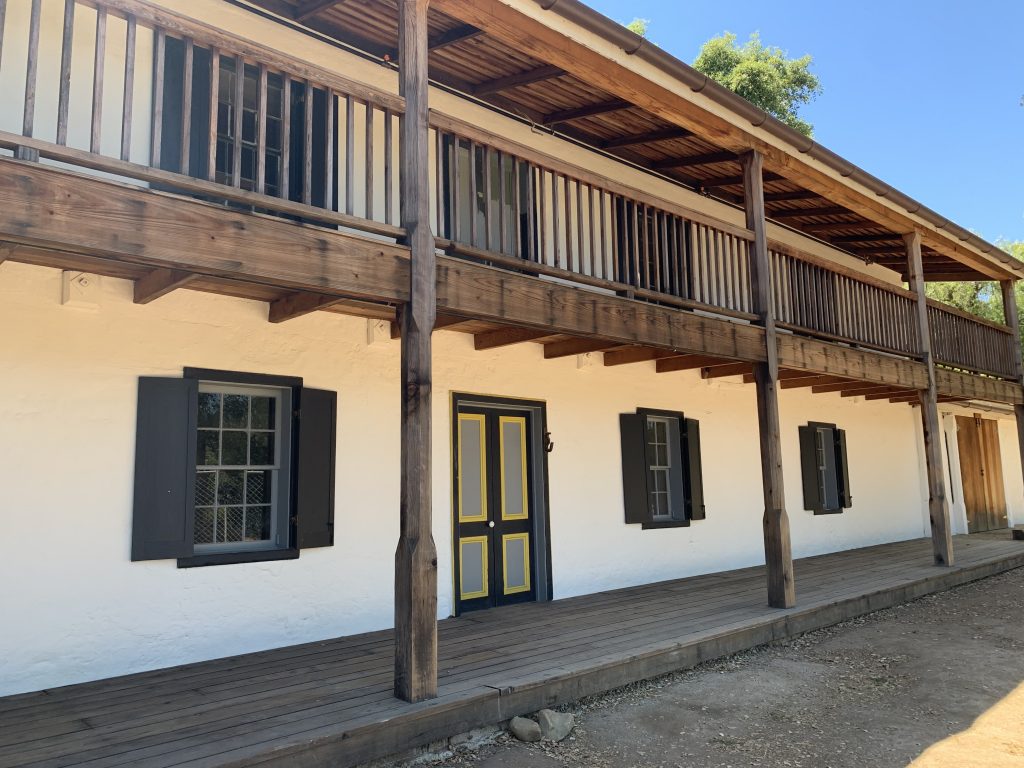 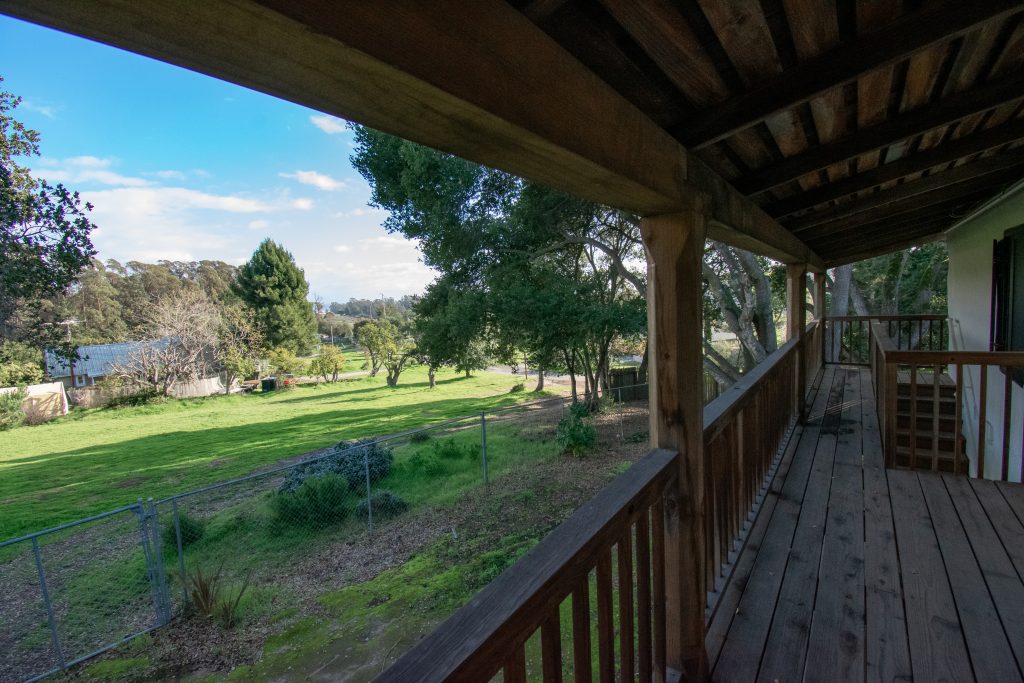 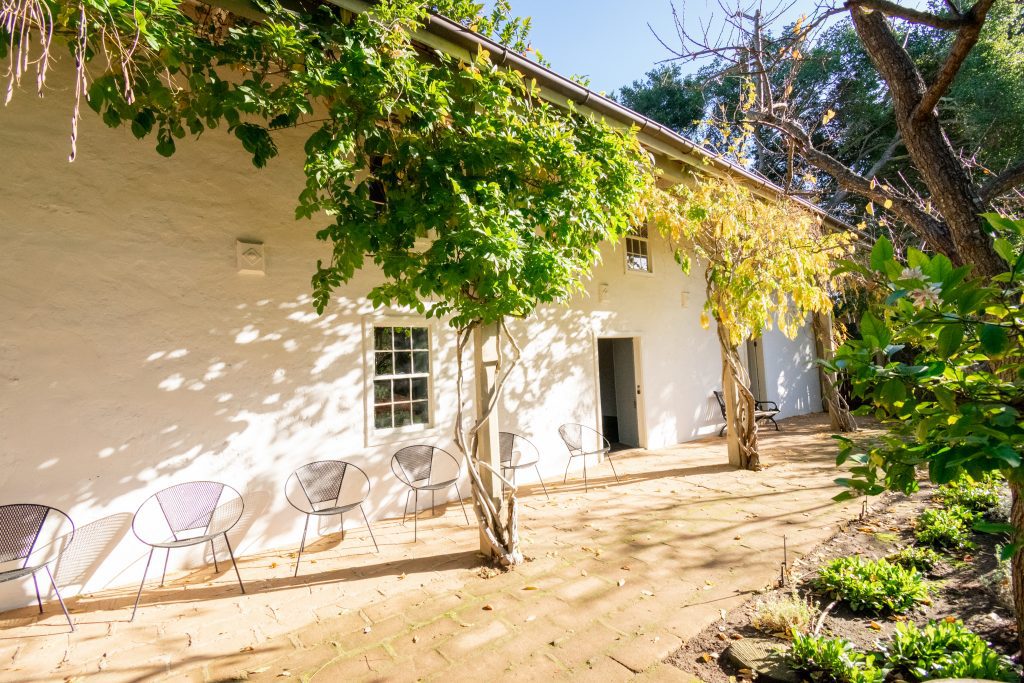 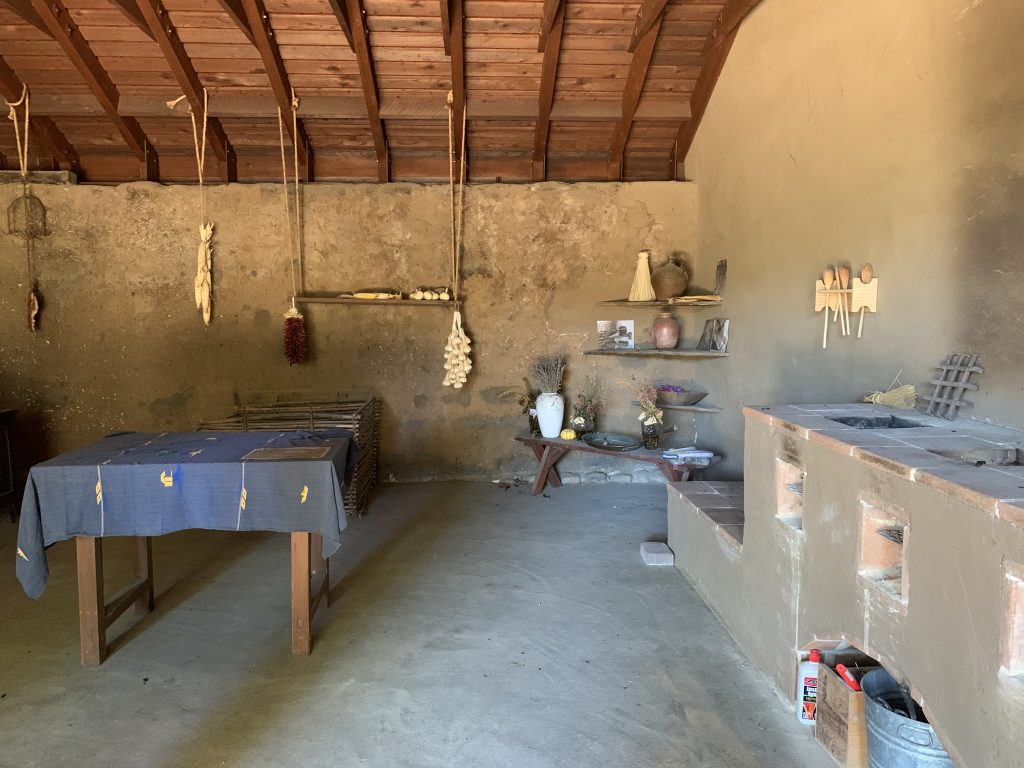 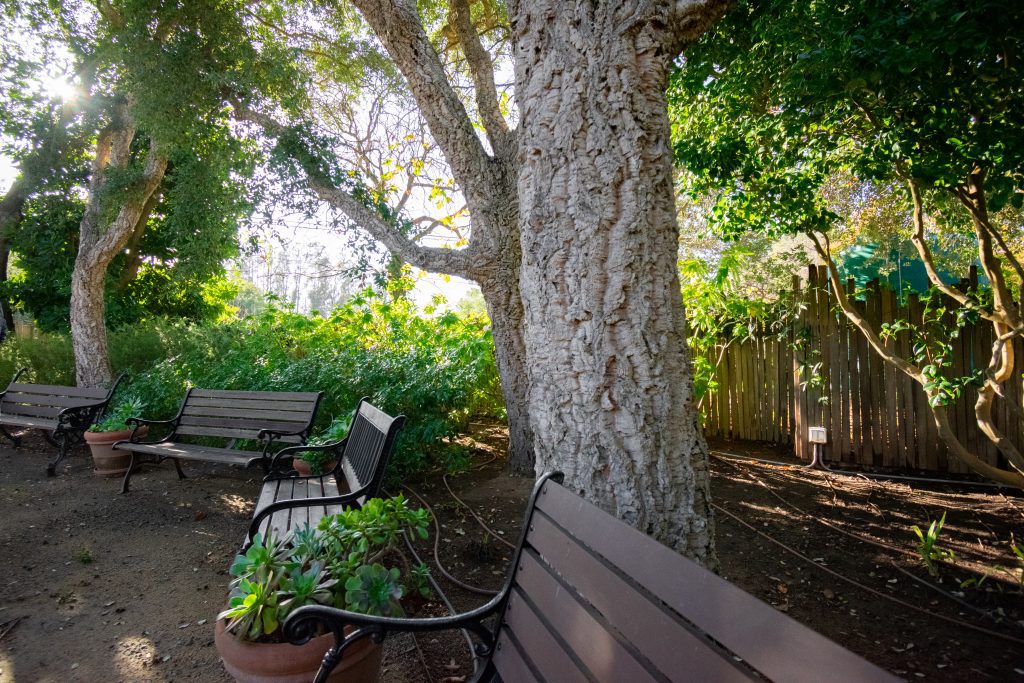 The Castro Adobe is open to the public only on Open House Days, school field trips, private tours and other special events. The phased opening of the park allows for occasional public access but the site remains an active construction zone.

See the exhibits and take part in the interpretive programs, including guided tours.

Carpooling is encouraged as parking is limited. Parking is free. Donations are gratefully accepted.

Are you interested in California’s history and culture? Are you looking for a fun and unique way to give something back to your community? Do you enjoy working with people of all ages, backgrounds, and national origins? If you answered “yes” and are at least 18 years old, you are eligible to apply for a volunteer job with Rancho San Andres Castro Adobe State Historic Park in Watsonville. Call (831) 226-9669 or or email to apply. Learn more here.

Castro Adobe State Historic Park is in the unceded homelands of the Awaswas-speaking Ohlone Tribe known as the Aptos, who stewarded these lands since time immemorial. Centuries of colonial violence led to the removal and displacement of the Aptos, and now there are no known Aptos people. Today, neighboring tribes continue their stewardship and presence here to honor the Aptos and ensure that they are never forgotten.

The Rancho San Andrés Castro Adobe is one of the grandest of all adobe buildings representing the Mexican Rancho Period of California history (1821-1848). It is one of just four adobe buildings left in Santa Cruz County, and the only two-story adobe remaining. It was built between 1849-1850 by native servants for Juan Jose Castro, son of Jose Joaquin Castro, who was an original Juan Bautista de Anza expedition member, and Rita Pinto Castro. It was the home of the prosperous and prominent Castro family for many years. After the Castro family lost their land, the adobe was stewarded by a series of families over the next century.

In 1988 noted adobe conservationist Edna Kimbro and her husband Joe purchased the property as their home. The building was badly damaged the following year in the 1989, Loma Prieta Earthquake. The Castro Adobe was wrapped in tarps and uninhabitable. Edna Kimbro whose legendary career advocating for the preservation and conservation of adobe structures, led a community effort to have the State of California acquire the property. Assembly Member Fred Keeley sponsored legislation which passed in 1999 for the public acquisition of the Castro Adobe. California State Parks took ownership from the Kimbro’s in 2002, launching a 20-year community effort to repair and restore the adobe.

In 2007, two years after Edna Kimbro’s passing, Friends of Santa Cruz State Parks (Friends) began to carry on her work in collaboration with California State Parks. Over the next 15 years, the community came together to repair and restore the historic adobe inside and out. Work has included earthquake repairs using handmade 85-pound adobe bricks; seismic stabilization and a new roof; strengthening the second story with an innovative steel beam; installation of a lift to guarantee universal access to the second floor; the addition of electrical and fire suppression systems; restoration of the historic cocina (kitchen) and the Potter-Church Garden; procurement of historic furnishings and completion of interpretive planning.

The restoration of the Castro Adobe was completed in 2022. Now that the adobe is restored, Friends is launching the next phase of creating California’s newest State Historic Park, which will include: installing educational exhibits in the adobe; establishing the Kimbro House Visitor Center & Archives; restoring the habitat lands leading to the nearby stream; creating accessible paths; installing parking and restrooms; and making the park a leader in sustainability. Please join us!

The Castro Adobe State Historic Park is open on a limited bases at monthly open house events. Thousands of people – including hundreds of elementary students have visited the park since 2015 through open house events, private tours, special events and school field trips including through the popular Kids2Parks program.

To learn more, read our book. Writer, historian and one-time Castro Adobe owner Suzanne Paizis traced the history of the Castro Adobe and the many families who called it home from 1906–1989, compiling her research in The Castro Adobe in the Twentieth Century: From Earthquake to Earthquake, the unrivaled chronicle of the property and its inhabitants.

Working with respected writer Traci Hukill, Friends commissioned an update to the original book in partnership with Bookshop Santa Cruz. In the second edition, nine new chapters pick up after the Loma Prieta Earthquake to tell the unlikely story of how a grand old adobe, fallen on hard times, is being reborn as the Castro Adobe State Historic Park with help from Friends of Santa Cruz State Parks, California State Parks and a community of passionate grassroots supporters. The book was published in 2018.

The book is available online, at all ParkStores and at Castro Adobe open house events. Cost is $29.99 and all proceeds benefit the Castro Adobe.