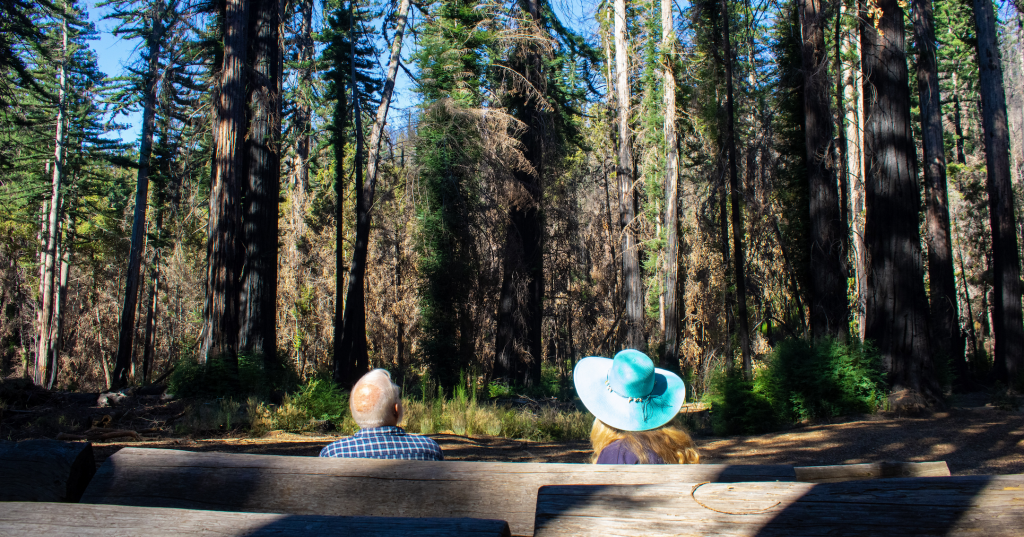 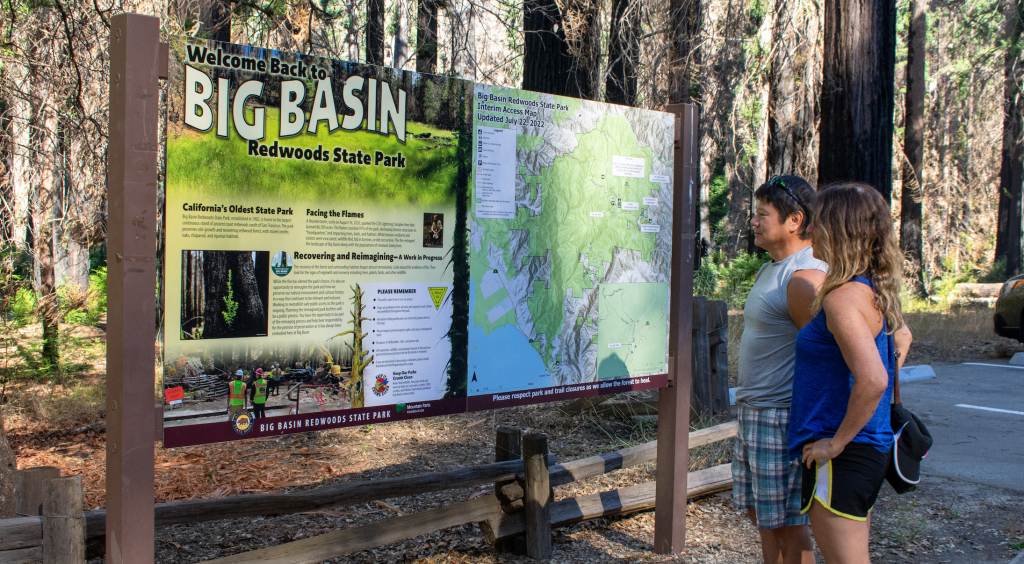 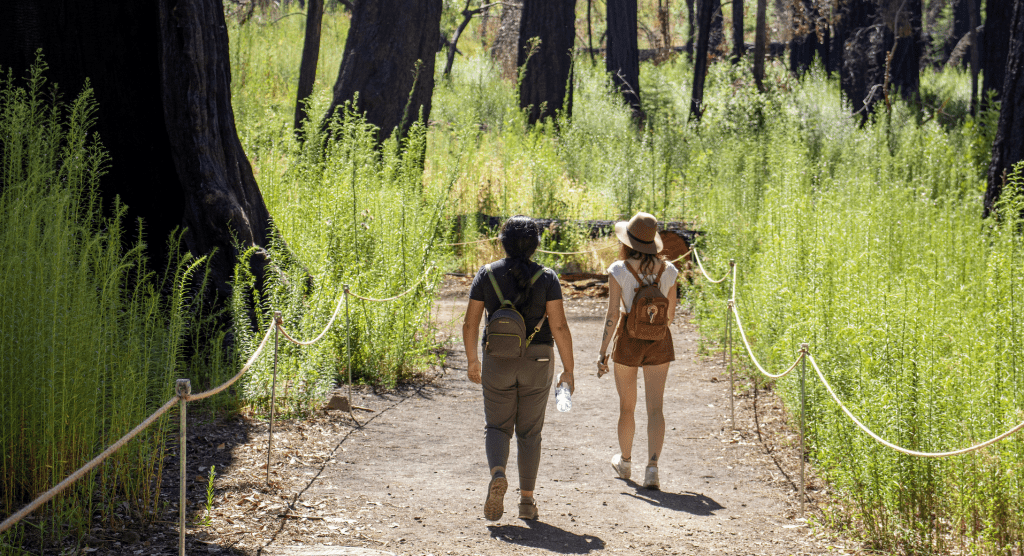 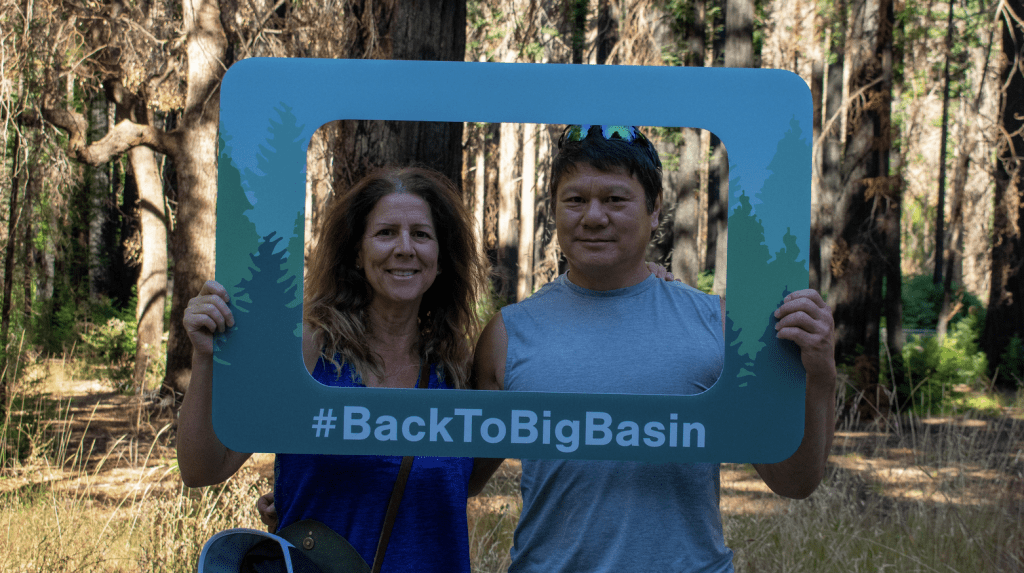 This park is closed until March due to storm impacts. Existing reservations may be canceled and refunded.

The day-use-only reservation system provides public access to a limited area of the fire-damaged park. Visitors are able to explore the Redwood Loop, Dool Trail and some access roads near the historic park core. Due to ongoing safety concerns following the devastating CZU Fire in August 2020, the majority of Big Basin remains closed to the public.

Substantial progress has been made toward restoring access to portions of Big Basin Redwoods State Park. Reservations are necessary to:

The limited public access to Big Basin coincided with the reopening of Highway 236, the main thoroughfare through the park.

Big Basin Redwoods State Park is the oldest state park in California. It was acquired in 1902. Prior to the fire, the park had miles of trails — which served hikers, bikers and equestrians, linking Big Basin to Castle Rock State Park and the eastern reaches of the Santa Cruz range — and hundreds of campsites.

Big Basin Redwoods State Park is located on Highway 236 north of the town of Boulder Creek. The park can be accessed from either direction of 236. Vehicle traffic is permitted on the highway through the park, but reservations are required to park within Big Basin.

The park has about 18 miles of fire roads and trails available to explore at this time, including the Redwood Loop Trail and Dool Trail.

NOTE: Backcountry trails, including the Skyline to the Sea Trail, remain closed due to fire damage.

Guided walks may be offered at the park. Park visitors should check at the temporary visitor center for availability.

Bikes are allowed on some fire roads in the park.

Reservations for day-use parking must be made at least one day in advance. Day-use parking is $8 (a $6 day-use parking fee with a $2 reservation fee) and stays local to support the park. State Parks day-use passes and other park entry programs will be honored but a reservation fee of $2 will be charged. A total of 96 parking spots, four disabled spots and two bus spots are offered daily. Pre-registration is required and can be made up to 60 days in advance. Reservations need to be made by 6 a.m. on the day of the visit. No day-of, drive-up entry will be available. Check availability.

Friends of Santa Cruz State Parks, through its unique position as co-management partner with State Parks, is operating the Big Basin Day-Use Reservation System. All fees support the park.

Parking reservations will not be required to enter the park via bicycle, or to drive through on Highway 236 without stopping.

Big Basin State Park is in the unceded homelands of the Awaswas-speaking Ohlone Tribe known as the Cotoni and Quiroste, who stewarded these lands since time immemorial. Centuries of colonial violence led to the removal and displacement of the Cotoni and Quiroste. Today, their descendants continue their stewardship and presence here, in partnership with State Parks.

By 1800, the Spanish removal of Quiroste and Cotoni people from these beautiful forests into the neighboring missions was effectively complete. This created a sense of “open wilderness” for some incoming settlers to admire and, eventually, strive to conserve. California Senator Leland Stanford called for making Big Basin a park in 1889. As president of the Southern Pacific Railroad, owner of the land, he had the power to make it happen. The official campaign began at Stanford University on May 1, 1900, led by Santa Cruz County Bank president and former

But powerful media owners opposed the asking price for the forest and maligned the Sempervirens Club and the owners of the Big Basin Lumber Company (BBLC). The involvement of Santa Clara College President Father Robert Kenna, in collaboration with the Sacramento Bee, turned the tide. The state signed a final sale agreement in September 1902. The BBLC donated 800 additional acres to bring the park’s total acreage to 3,800.

The California Redwood Park officially opened in June of 1904 with Humphrey Pilkington, an accomplished Santa Cruz landscaper, serving as the first warden. The preservationists’ goal for the forest “to be preserved in a state of nature” boldly appeared on the park entrance gates from the opening until the mid-1920s.

The book is available in the ParkStore Online. Proceeds benefit fire recovery efforts at Big Basin.

The Reimagining Big Basin Vision Summary, a collaborative vision created through months of public input to guide the reestablishment of Big Basin Redwoods State Park after the 2020 CZU Lightning Complex Fire, was released in May 2022. The draft vision outlines a Reimagined Park that will be different from the Big Basin the public remembers, with facilities and services established outside of the old-growth redwoods and areas with sensitive resources. Access will be improved for alternative modes of transportation. Connectivity and collaborative resource management will be prioritized as the park returns to full operation to enhance visitor experiences throughout the park and build resilient partnerships within the region. Learn more and give input.

Marking the one-year anniversary of when Big Basin Redwoods State Park burned in the CZU Lightning Complex Fire, Friends and California State Parks released a short documentary and a series of 3D virtual tours in August 2021 that provide the first, official immersive look at the fire impacts and the recovery process.

The documentary incorporates pre-fire images of the park, footage captured during the wildfire and current imagery. It visits multiple park locations, including the main entrance, Blooms Creek Campground, the historic core of the park, Little Basin Campground and China Grade Road.

The 3D virtual tour uses state-of-the-art software and equipment from Matterport to create an immersive visual experience. Through the virtual tour, it’s possible to walk through the Campfire Center, look across the destroyed Blooms Creek bridge or stare up at the burned redwood canopy. The tour visits six locations in the park. Experience the 3D tours.

To support the recovery effort, please consider a gift to the Friends Fire Fund.